Entertainment is a beautiful form of escapism, and music is one of my favorites.  I’m a big fan of things that are happy and bubbly (I know I hide it well under a dark and depressing exterior), so it comes as no surprise that one of my favorite artists, Mika, sings pop songs.

Many people haven’t heard of Mika, but he’s a fabulous British man who (like me) lived in Paris and speaks fluent French.  I went to one of his first concerts in Chicago, and it was more like a carnival than a concert (in the best way possible).  They handed out lollipops, threw balloons into the audience, and came out on stage dressed in animal costumes.  Basically, he acts exactly like I would if I’d ever made it big as a singer.  Except at my concerts there would be an enormous spray of glitter from the ceiling at the very end.  And possibly a rainbow.

Record labels and concert venue managers would LOVE me.

So you can enjoy Mika’s talent, I’m posting a few songs.  This one has a few swears, but I’m hoping you’ll forgive me when you hear it:

And because we always need more French in our lives:

I’m not the only one who loves Mika.  His live show in Chicago was so popular that it sold out in presales, and tickets never made it to the general public.

My dad is also a Mika fan, and he was unwilling to accept that there weren’t any tickets available.  He began his quest for tickets during my last chemo session and sent out a few emails.  The venue manager took pity on his illness-ridden daughter (moi) and gave us guest passes.  (I’ve probably just spilled some great, unknown secret of the music world.  Oops.) 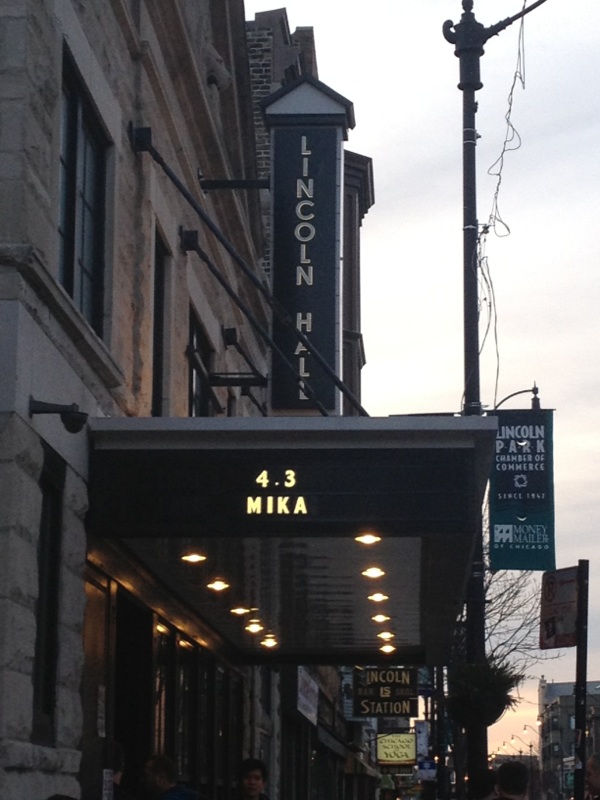 Our fellow concert goers used the occasion to express their creativity through their clothing.  One of the girls in front of us was wearing a glitter top hat.  I completely supported her because other than Halloween, Mardi Gras, your birthday, New Year’s Eve, and Saturday mornings at my apartment, there are only so many places you can wear a glitter top hat.

Mika’s show began with the most eclectic mix of songs I’ve ever heard- from the Beach Boys to Jay-Z to the Spice Girls to the Little Mermaid, he made sure everyone was represented. 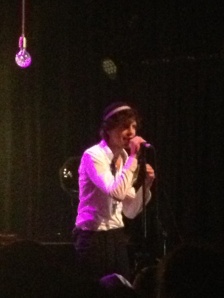 I realize these are all very blurry.  My phone camera keeps everything in perfect focus until the moment I snap the picture.  I think it’s playing games with me.  I continue to blame the phone; there’s no way it’s user error. 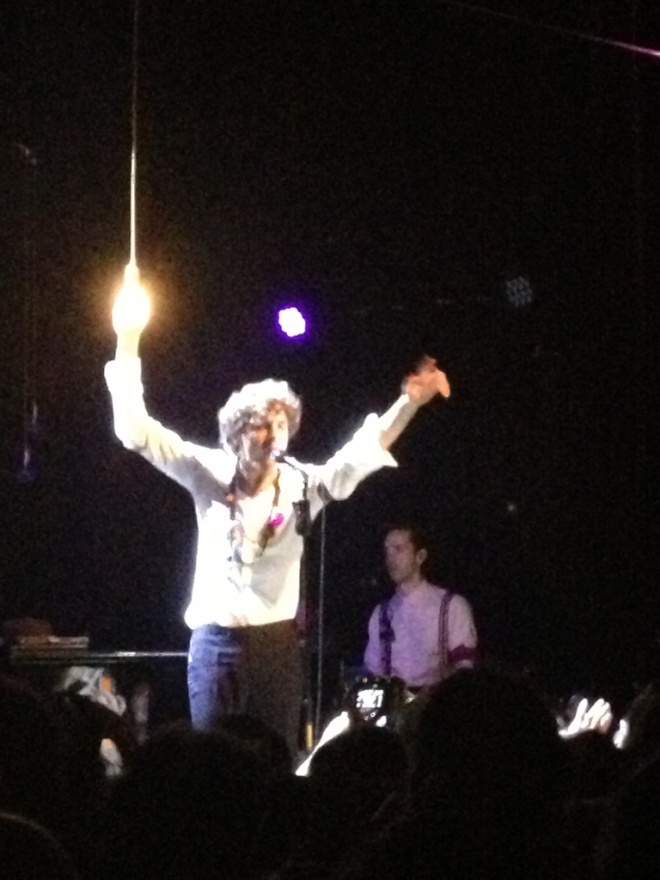 Those fairy lights are going to play a major role in my next apartment.  I will also grab them dramatically while I’m singing, because nothing makes you a better singer than grabbing onto a fairy light.  (It’s the electricity and the pain from being burned.) 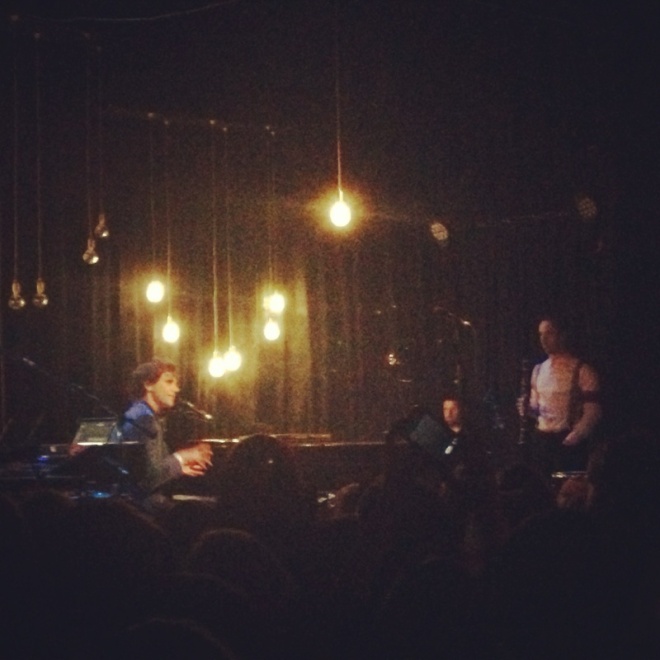 Mika, my musical soulmate, I will go to your next concert in Chicago, so please return to me.